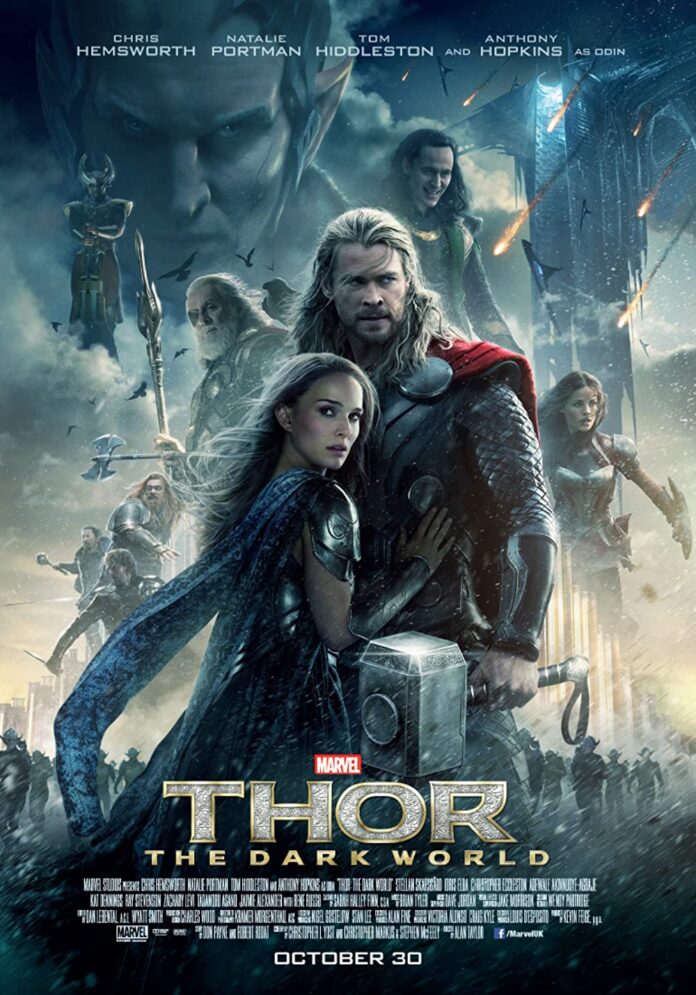 Story: Thousands of years ago, a race of beings known as Dark Elves tried to send the universe into darkness by using a weapon known as the Aether. Warriors from Asgard stopped them, but their leader Malekith (Christopher Eccleston) escaped to wait for another opportunity. The warriors find the Aether, and since it cannot be destroyed, they try to hide it. In the present day, Jane Foster (Natalie Portman) awaits the return of Thor (Chris Hemsworth), although it has been two years since they last saw once another. In the meantime, Thor has been trying to bring peace to the nine realms. Jane discovers an anomaly similar to the one that brought Thor to Earth. She goes to investigate, finds a wormhole, and is sucked into it. Back on Asgard, Thor wishes to return to Earth, but his father, Odin (Sir Anthony Hopkins), refuses to let him. Thor learns from Heimdall (Idris Elba), who can see into all of the realms, that Jane disappeared.